Water can evaporate from the hydrological model over time. Multiple forms of evaporation are implemented, namely surface and underground evaporation. 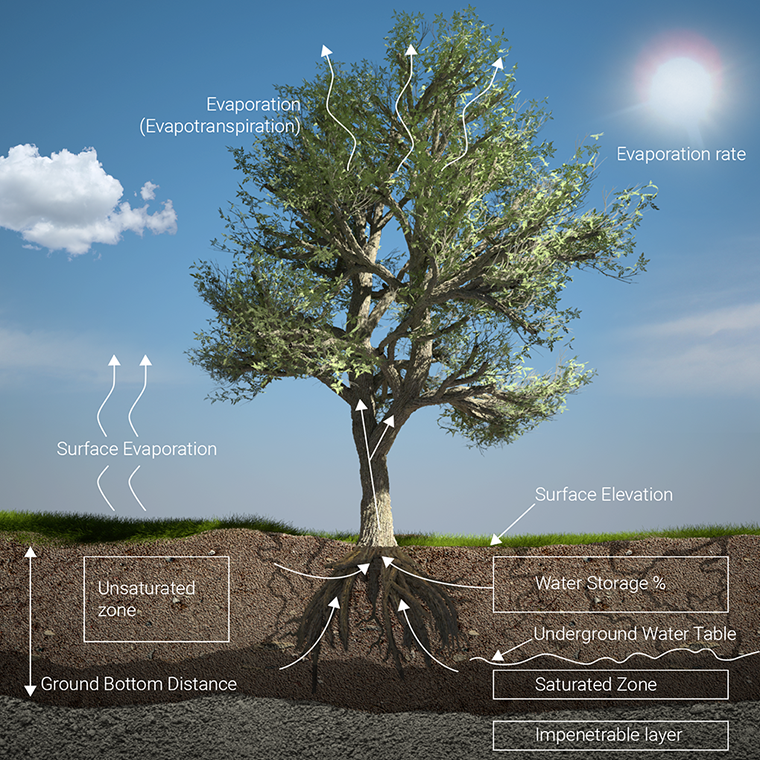 Water can evaporate from the underground if the cell's surface meets either of the following criteria:

See the table below for an example of dynamic evaporation:

For the sake of simplicity, we will assume a surface water evaporation factor of 1. We will also assume that there is sufficient water to evaporate.

This format can be interpreted as follows: