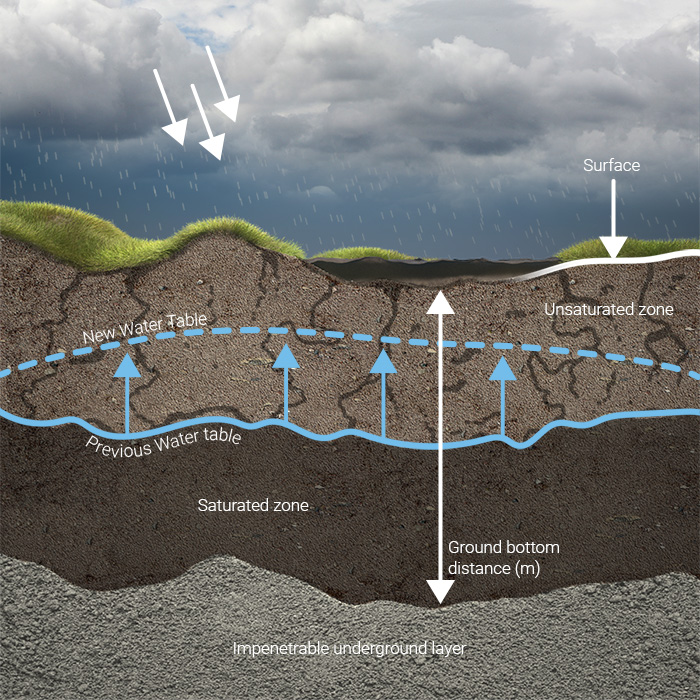 Water infiltrating into the unsaturated layer is assumed to be spread equally across the entire unsaturated column within the grid cell.

Surface infiltration is active when the Infiltration model attribute is set to a value larger than 0.