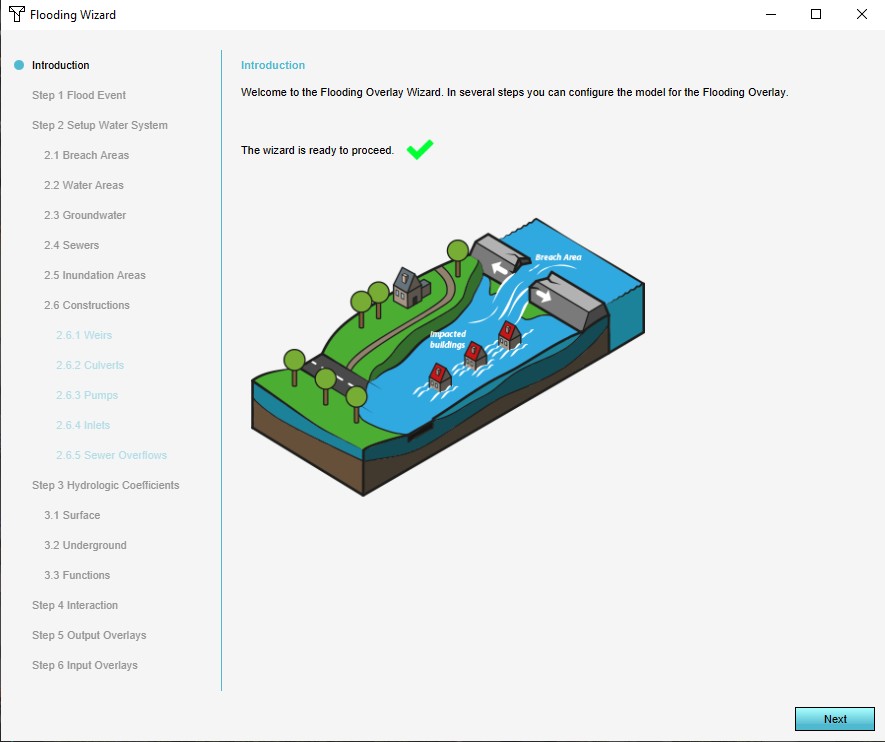 This configuration wizard is a special interface which helps to guide the configuration of a Water Overlay. Across multiple steps, it progresses through each type of Data which can be configured, along with the most important attributes of the overlay.

When the wizard has been completed once, it can be reopened at any time, and any step can be accessed anew. 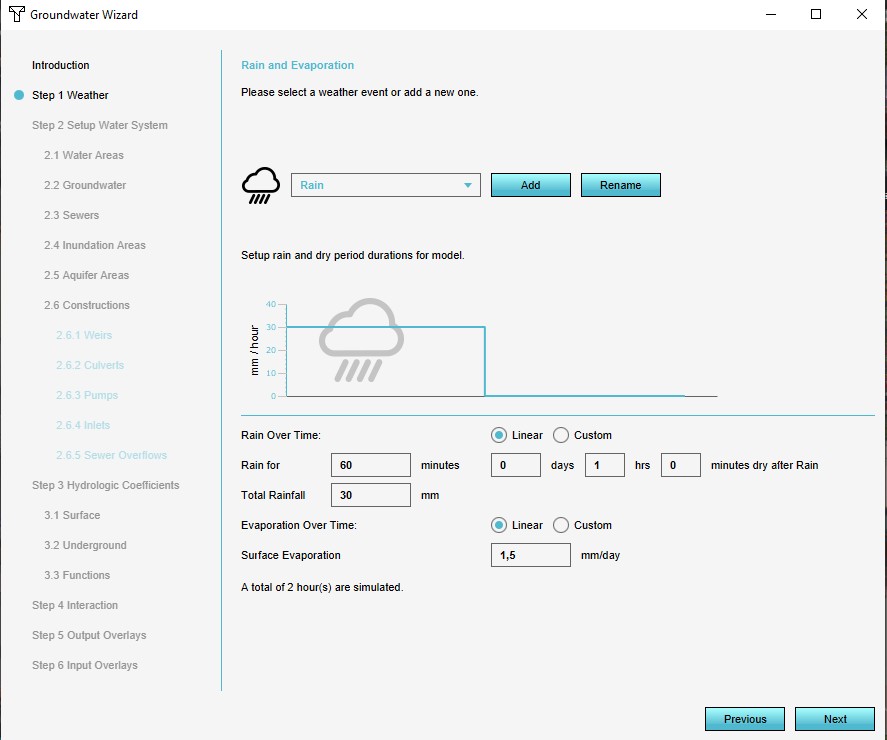 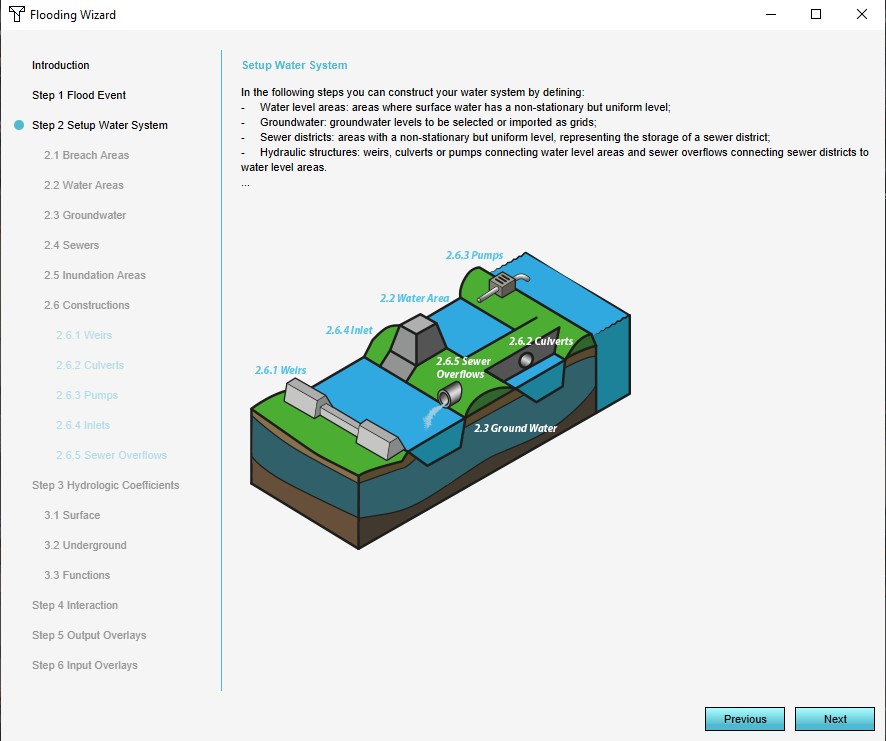 The water system is the most complex step of the configuration and contains a multitude of substeps to configure all geographical data. Its various components can be configured in the following order:

All of the above components can be imported or connected to the hydrological model.

In the Water Overlay Wizard you can encounter several of the components highlighted yellow (warning) or red (error). This feedback is provided to help you configure the modelled water system to make it fully functional in the Tygron Platform and provide information about the configured settings and imported data. Any errors in the imported data for example will be highlighted. When selecting a step which is highligthed yellow or red, the drop-down menu will automatically place the warnings and errors at the top of the menu. When selecting one of these from the menu, feedback about the warning or error is displayed in the wizard. To solve these issues, possible fixes are proposed which can be automatically applied when accepted. The possible fixes are depicted with the tool icon. By clicking on this icon, the fix is proposed and can be applied.
See also How to apply fixes for multiple components in the Water Overlay Wizard. 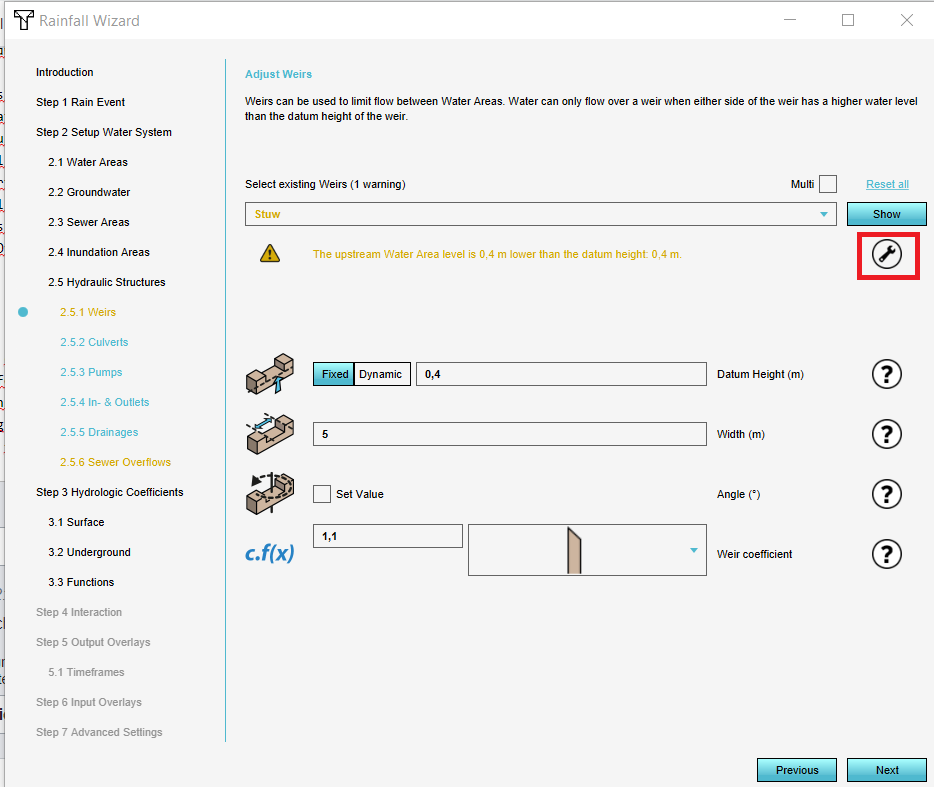 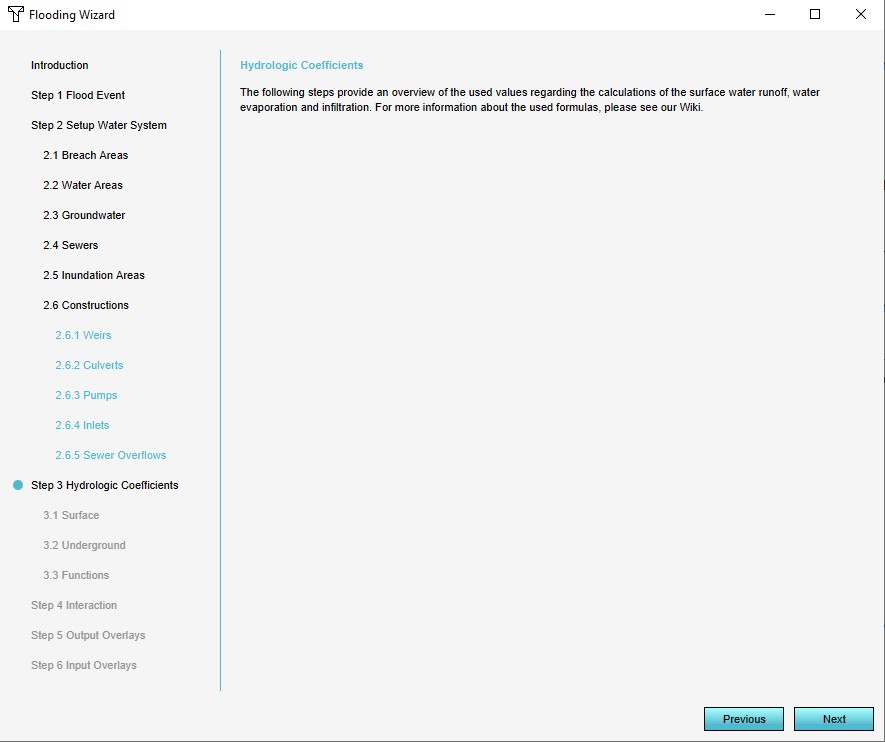 Hydrological coefficients are values of existing elements of the world, specifically terrain and constructions. The coefficients dictate the ability of water to flow between cells and layers. The following data can be configured:

Surface terrain: For the surface terrains, attributes can be adjusted directly.
Underground terrain: For the underground terrains, attributes can be adjusted directly as well.
Constructions: For constructions, the wizard links to the function values editing screen, and will open with focus on "WATER" related functions. 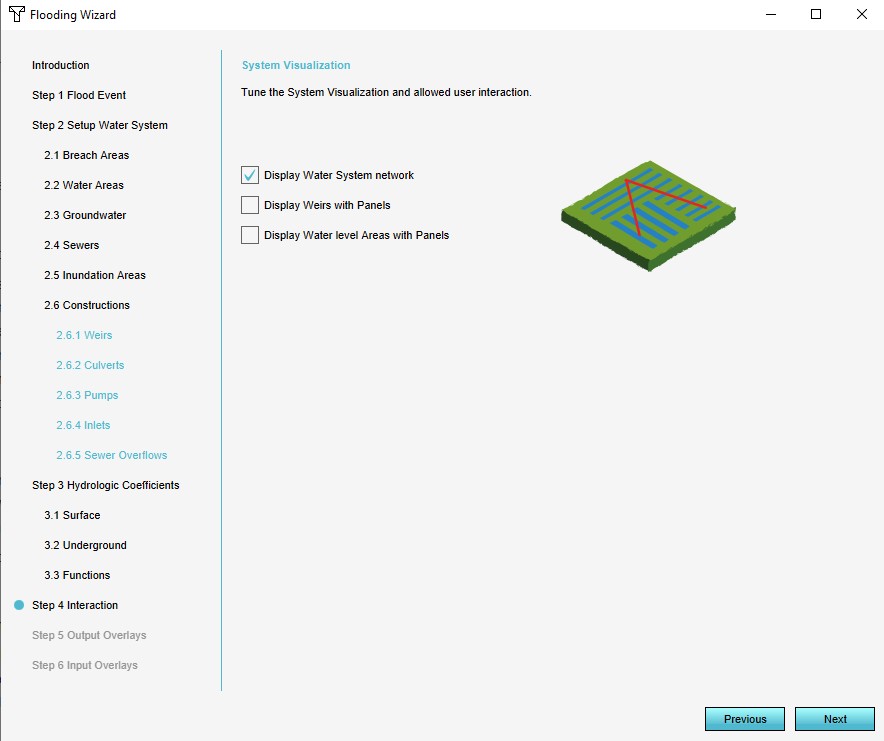 The wizard provides a few options to automatically generate methods of interaction with the hydrological model. The system visualization can be activated or deactivated. Additionally, for some hydrological constructions and features panels can be generated which allow for their most important attributes during a session. 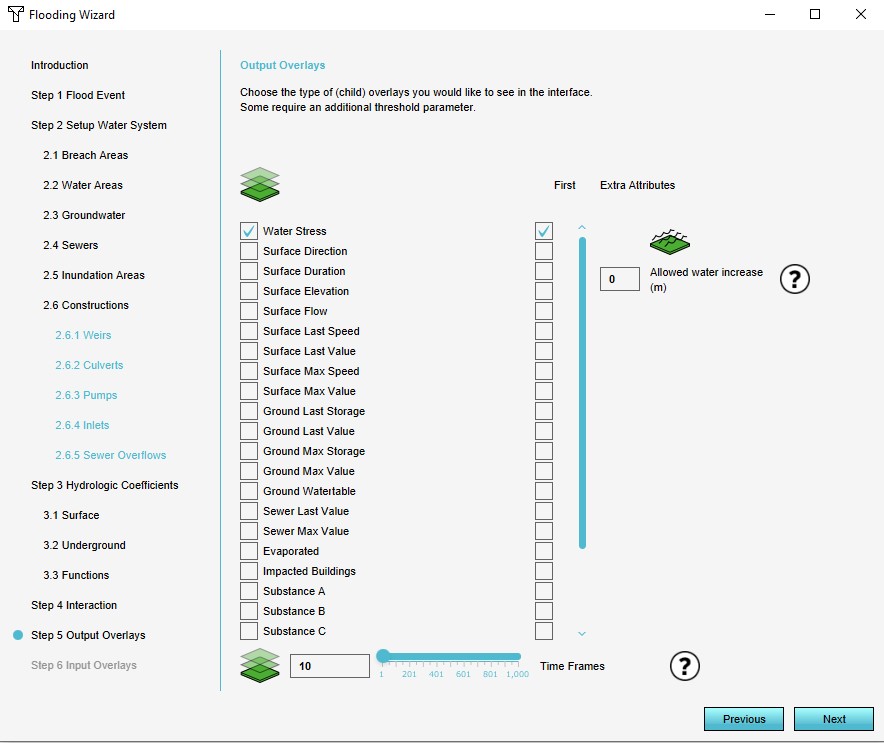 Finally, the TIMEFRAMES attribute can be configured here as well, defining the amount of result snapshots which should be made during the calculation. 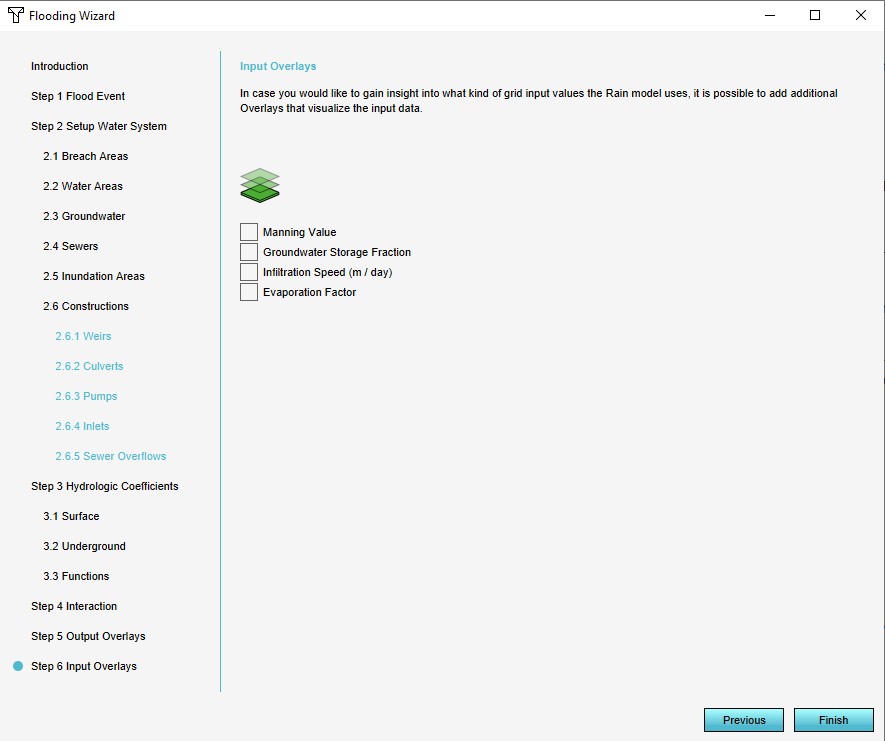 To gain more insight into the data used by the model, you may opt to add one or more input overlays as well. These add Average Overlays that are configured for the geographical display of attribute values relevant for the calculation of the water model.