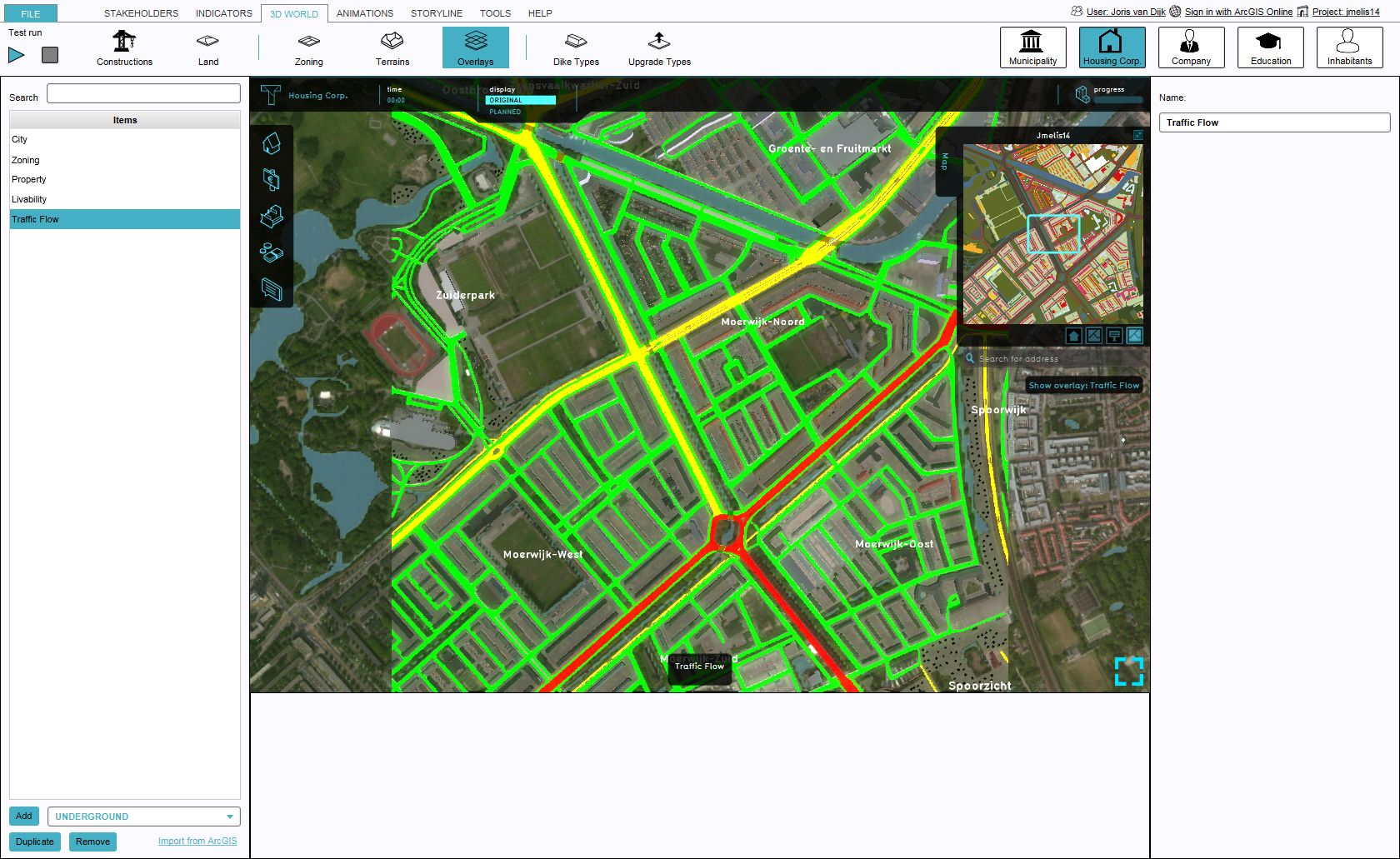 The traffic Density Overlay is a Traffic Overlay which provides a general overview of the amounts of traffic. It used the Traffic Function Values to compute the total amount of vehicles per hour, and shows whether this falls into one of three categories of intensity.

The Traffic Distance Overlay has a number of options which allow it to be configured as desired.

Traffic intensities are based solely on the Attributes of roads present in the 3D World.

The traffic intensities can be defined as either a single value or as 24 hours, with each value corresponding to each hour of the day. The intensity used for the calculation is then defined by the HOURS model Attribute.

The Overlay can display one or more Timeframes, as configured by its HOURS Attribute.

The hover panel will display, for any given location, the amount of vehicles per hour per category of vehicles. Although not used in the Overlay's calculations, it also displays the jam factor per traffic category, the maximum speed, and the Timeframe (hour of the day) currently visualized by the Overlay.