The Water Connection Generator enables users to generate (and remove) underground buildings using a set of parameters. This generator can be used for example when creating a project with the Water Overlay, but a dataset with all culverts is not available. With the water connection generater, the culverts can be generated. The parameters are explained below under Advanced Options. The water connection generator panel can be found in the Current Situation tab: 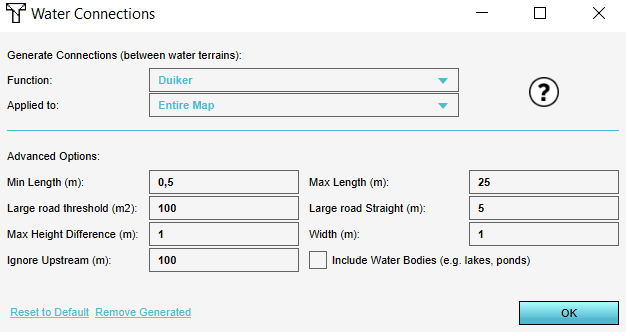 To get started with the Water Connection Generator, see the Demo Create Culverts project which is available in your domain.

What Function should be applied to the Constructions generated by the Water Connection Generator. Due to the nature of water connections, only Functions of the underground Function Category can be selected.

Where the new Constructions should be generated. The following settings are allowed:

There are a variety of advanced options available which allow fine-tuning the exact circumstances under which Constructions are or aren't generated. The provided defaults are meant to allow using the Water Connection Generator and getting reasonable result with minimal effort, but by further refining the generator's configuration its possible to improve the results for a given location and use-case.

Both the minimum and maximum length in meters can be provided to set the length of the created water connections and to limit the amount of created connections. The length is measured as the closest points between two water bodies. 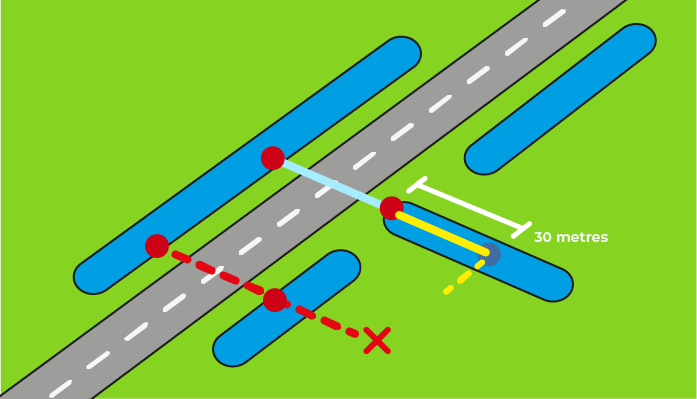 In this schematic image, the large road straight setting is set on 30m. Only one water connection is generated, since there is one waterway that is perpendicular to another waterway.

The large road straight parameter is used to measure if waterways are perpendicular to each other. It is measured by extending the placed water connection by x meters and if it is still in a waterway or body, then it is perpendicular and accepted. For parallel waterways, this check will not create a water connection when the defined x is sufficiently large.

The generated water construction will have its width set to this value when generated. The width is provided in meters. For culverts, the width will be the culvert diameter.

Sometimes multiple water connections can be created between two waterways. This can be acceptable when both are situated at the same datum height, but when situated at a slope, it is more desirable to ignore the higher one. See the following images for a situation where this option can be useful. By Default this option is ignored by setting the value >= 100. 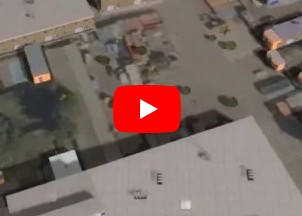 Editing the Water Connection Generator (Dutch Only)
Retrieved from "https://support.tygron.com/w/index.php?title=Water_Connection_Generator&oldid=43205"