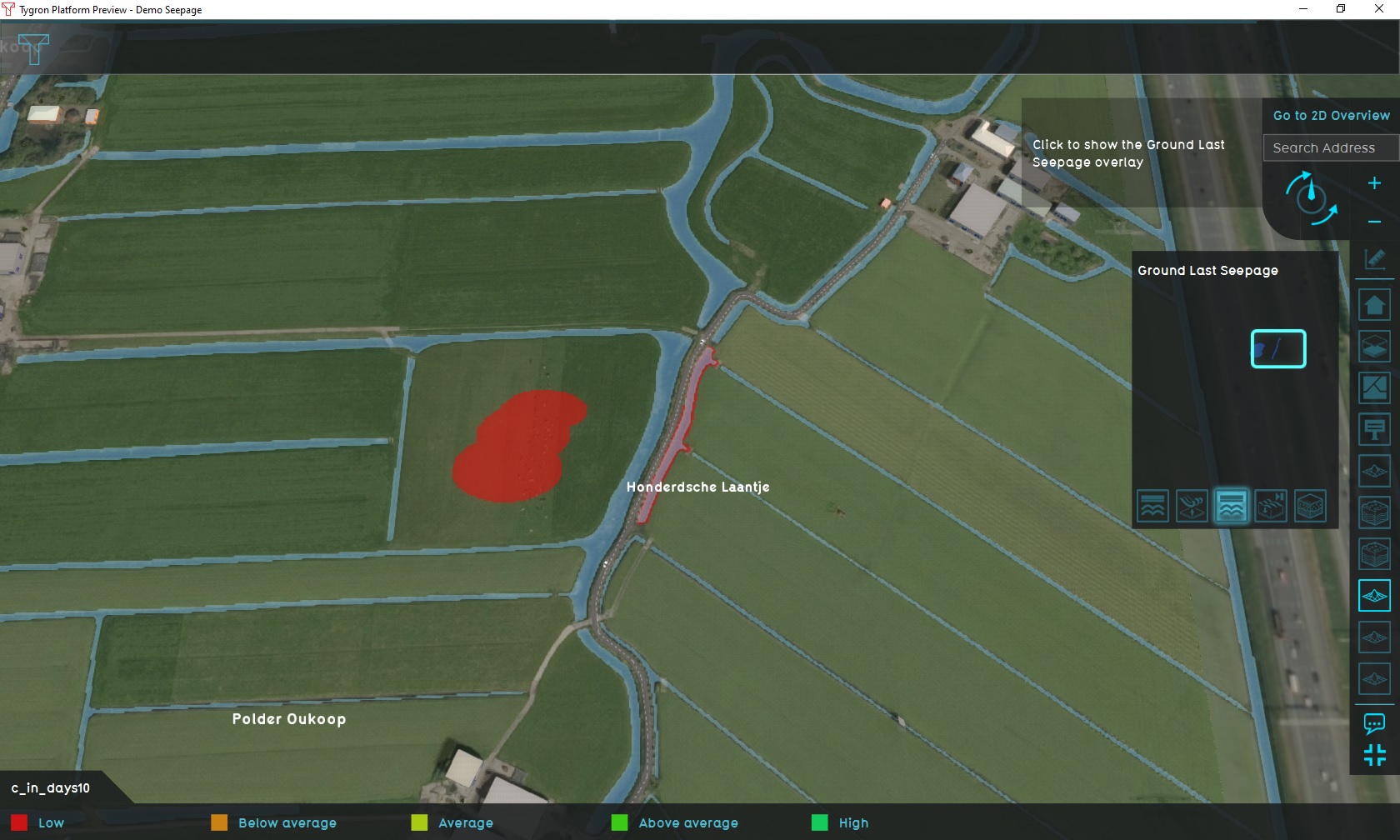 An overview of Demo Seepage.

The Demo Seepage project is available for all users and can be found in the main menu under Edit projects. This project does not count towards your license.

This project is intended for hydrologists and other water experts.

In this project a location in The Netherlands, Polder Oukoop, is experiencing seepage. It can serve as a working demo to explore the Seepage functionality and the configurable parameters. The following steps below show how seepage calculations with different parameters highlight the different ways seepage can be configured and varied. In order to make use of seepage in your project you need to import your own GeoTiff data in the Water Overlay Wizard. This demo project demonstrates how the imported GeoTiff data is used and displayed in two specific overlays.

There are two Overlays which demonstrate two separate inputs for seepage in a Water Overlay. Both are based on the same calculation model, just with different seepage parameters configured. For either Overlay, it's seepage configuration can be reviewed in their respective configuration wizards. 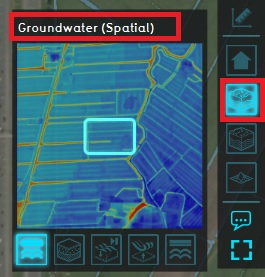 This Overlay has been configured, based on imported GeoTiff data, to only make use of the spatial parameters for seepage, meaning the amount of seepage varies between locations but does not change over time. In this case the Geotiff files contained one file with information about the pressure per area and the other Geotiff file contains information about the resistance of the separating layer. Most of the terrain has a negative resistance, excluding seepage calculations in those locations. There are a few patches where resistance is configured to a rate of a couple of days. Thus, the rate and amount of seepage demonstrated in this Overlay is entirely due to the static (albeit spatially differing) pressures and resistances. 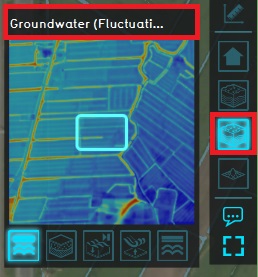 This Overlay has been configured, based on the same imported GeoTiff data as the groundwater Spatial overlay, with proper spatial pressure, but excessive resistances in the relevant locations. The amount of seepage occurring due to those parameters is therefor a lot less then in the case of the Spatial variant. However, a fluctuation has also been defined which causes the amount of seepage to be supplemented by a varying amount over time. Thus, the rate and amount of seepage demonstrated in this Overlay is strongly affected by the fluctuation parameter.

In the following steps we will take a look at the imported GeoTiff data and how this is used in multiple overlays in the Seepage Project.

To begin exploring the project, take the following steps:

Below some additional information on elements in the Seepage Project which can be interesting to explore.

The project offers a number of points of interest to inspect in greater detail. A number of these points have been emphasized with popups.

At the location of this popup, underground pressure will cause seepage to occur, slowly increasing the groundwater level.

Select the "Groundwater (Spatial)" Overlay, and play the overlay. As time progresses, the patch of land where seepage occurs will experience a rising groundwater level, until the pressure of the seepage even causes the water to seep onto the surface.

At the location of this popup, underground pressure will cause seepage to occur under the waterway.

Using the same measurement, select the "Groundwater (Fluctuation)" Overlay. Disable the "sum" mode. (You do not need to change the base overlay, as both Overlays share the same elevation model.) Play the overlay. You will see the groundwater level rises at a varying rate, dictated by the seepage fluctuation which varies over time. Especially notable is that the groundwater level increase at the start of the simulation (when the fluctuation parameter is negative) is clearly less than at the end of the simulation (when the fluctuation parameter is 0).