The measuring tool is an instrument available in the Tygron Platform meant for consistent and multi-dimensional data retrieval from grid overlays. It's part of the session interface, and can be found in the overlay bar.

The location of the measuring tool in the overlay bar.

How to use the measuring tool 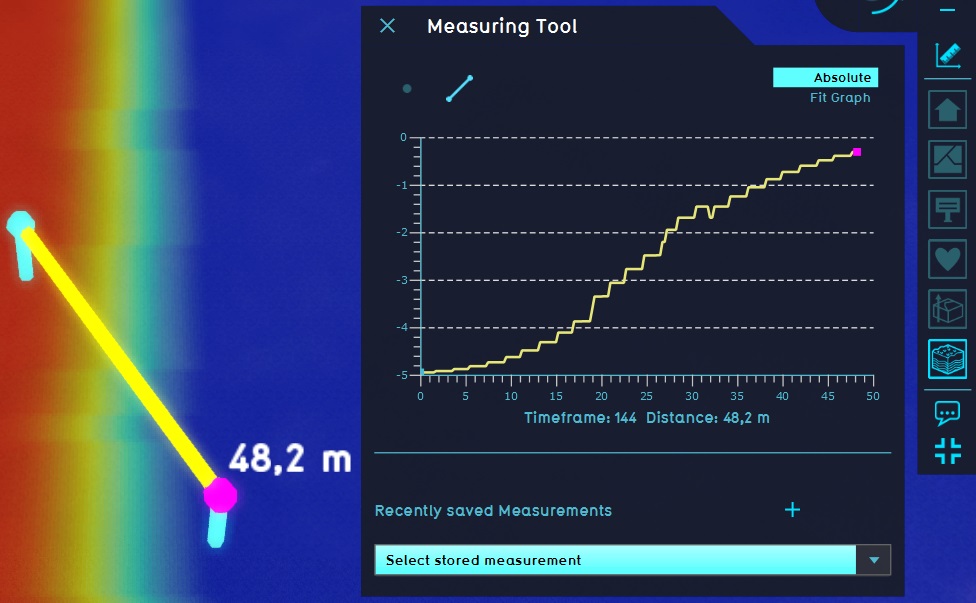 The measuring tool measuring values of a Water Overlay.
The measurement tool can be used to measure the values of a grid overlay. Measurement are made by placing a point or line in the 3D world. Measurement elements can be drawn freely, and saved to be loaded again later. This allows new measurements to be made in the exact same location in the 3D world, either of the same overlay (useful for comparing earlier results with a different scenario) or of other grid overlays (to compare exact scoring or calculation results for a precise given location).