From Tygron Support wiki
(Redirected from Where to Start)
Jump to: navigation, search

How does the editor relate to the Tygron Platform

The Editor allows you to improve and edit your own project in the Tygron Platform. The Tygron Platform stores projects as datastructures, which the editor presents in an understandable and editable manner. Many components of a project can be freely edited using the editor.

The editor is composed of several sections: the Ribbon, the left panel, the Virtual 3D World, the right panel, and the bottom panel. Each editor panel has its own distinct functionality.

The maximize viewport button on the bottom right side of the user interface changes the editor layout, to minimize or maximize the main user interface, . 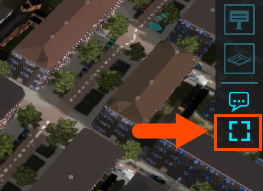 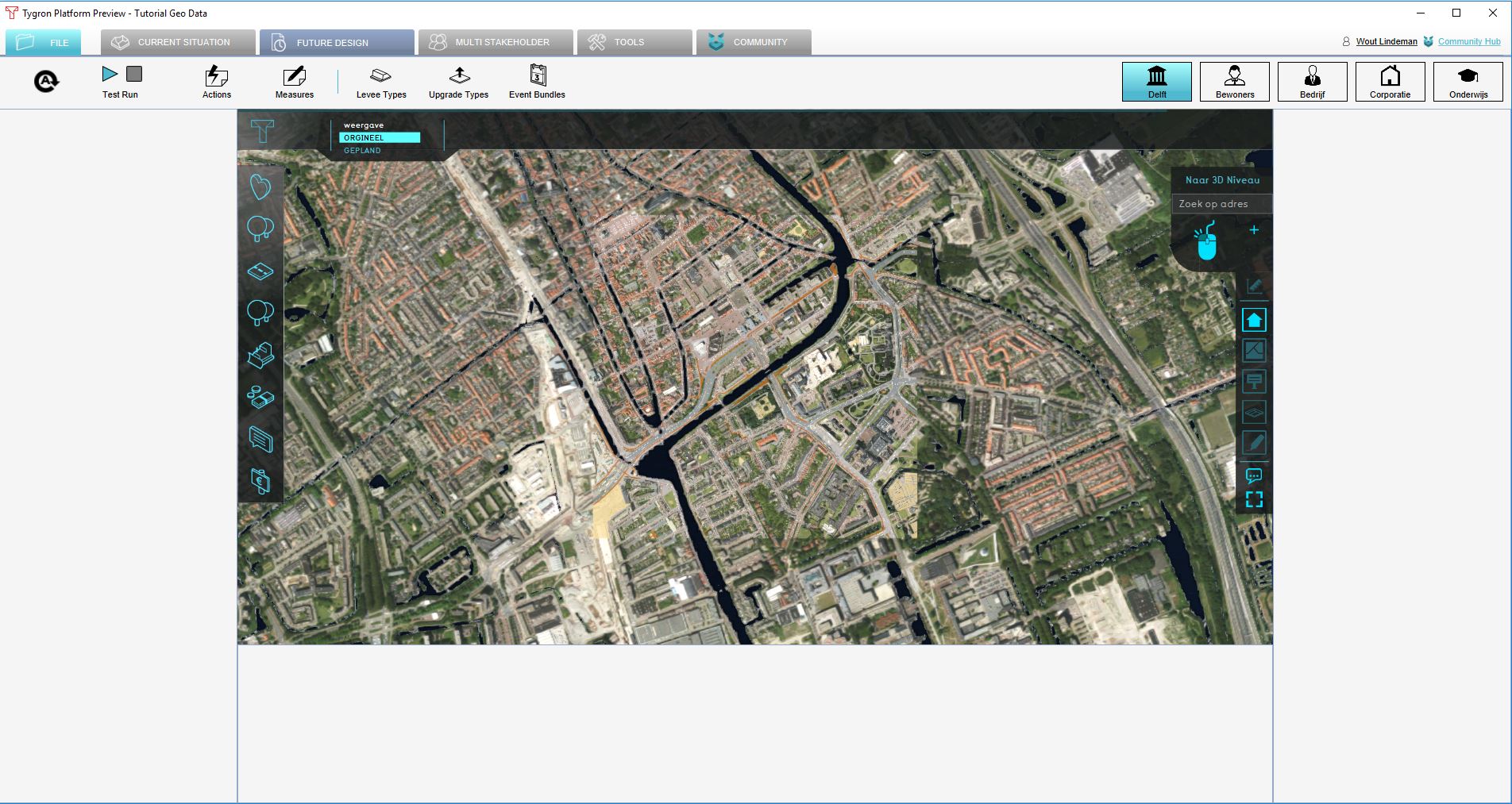 The editor with a maximized user interface panel. This view hides the left panel, the right panel and the bottom panel of the Tygron Editor interface. 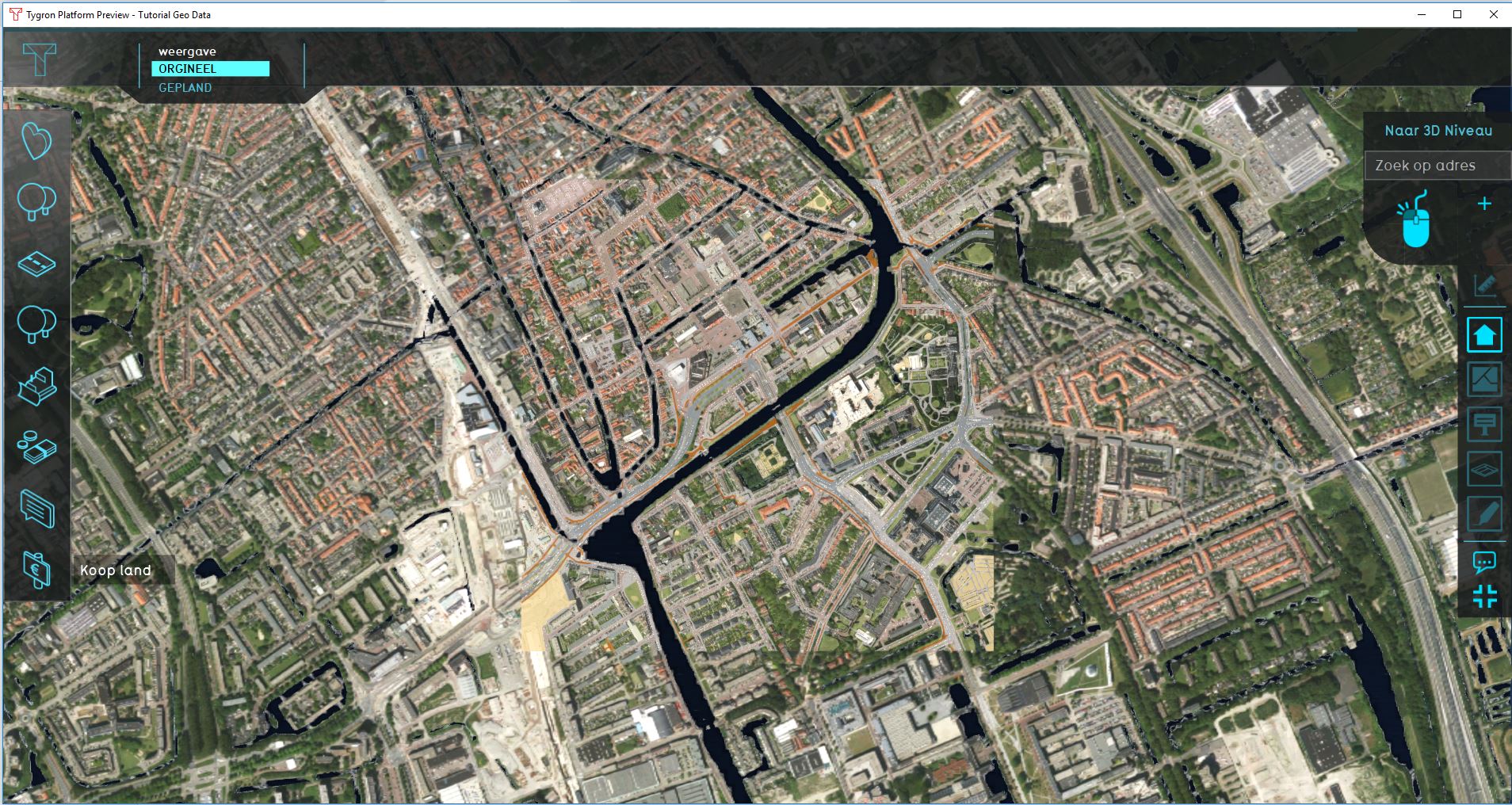 The editor with a maximized user interface panel.

The ribbon is the generic header of the Tygron Editor. It is a tabbed header, which provides access to tools grouped by categories. Those categories are in organized in tabs. This makes tools accessible in a logical way.

The left panel allows you to select, add and remove items.

The right panel allows you to change properties of selected items in the left panel.

The bottom panel is used for detailed editing, and changing parameters for using the brush inside the 3D World. It is context-sensitive and used for example for changing indicator targets, pairing upgrades and changing environment settings.

Just like the process in which a project is created, a project can be edited by multiple users at the same time. The number of users that can work simultaneously on the same project is equal to the number of playable stakeholders in the project. Only one instance of the project can be edited at the same time. If a user is already editing a project, you can decide to join their editing session. A project which is being edited cannot be opened again for editing, or opened for a session, until all users have closed their editing sessions of the project.

To start the editor log in to the Tygron Platform. From the main menu, you can either choose to create a new project, edit an existing project, or join an editing session.

Join → The project you wish to join

When creating a new project, you will first be presented with a wizard to set up the basis of your project.

When you have completed the wizard, selected to edit an existing project or chosen to join an existing editing session, you will be presented with the primary editing interface, and the starting screens for the project.