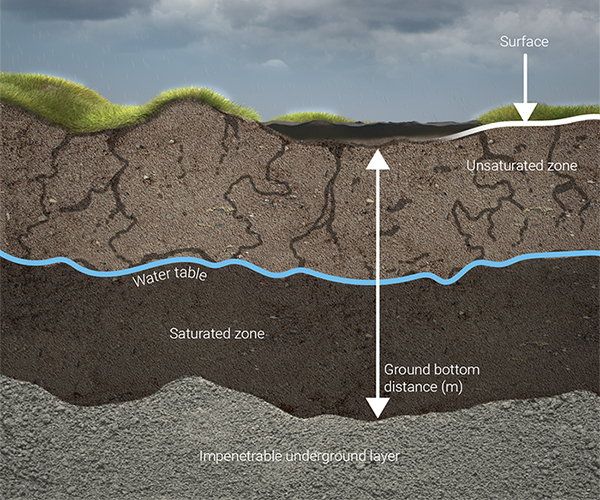 The Water Module also contains a simplified 2-layer underground model, for infiltration, evaporation and horizontal flow in the underground. Additionally, the model also applies a simplified form of exfiltration of water from the soil back onto the surface layer.

For the Water Module there exist three modes for handling groundwater:

The edge between the unsaturated and saturated zone is defined as the groundwater level, also known as the watertable.

Underground flow is different from surface flow, since it has to account for the slowdown and porousness of the medium. In general, horizontal underground flow is calculated using formulas described in Harbaugh 2005[1][2]. However, when an aquifer is present, the horizontal aquifer flow variant is applied. 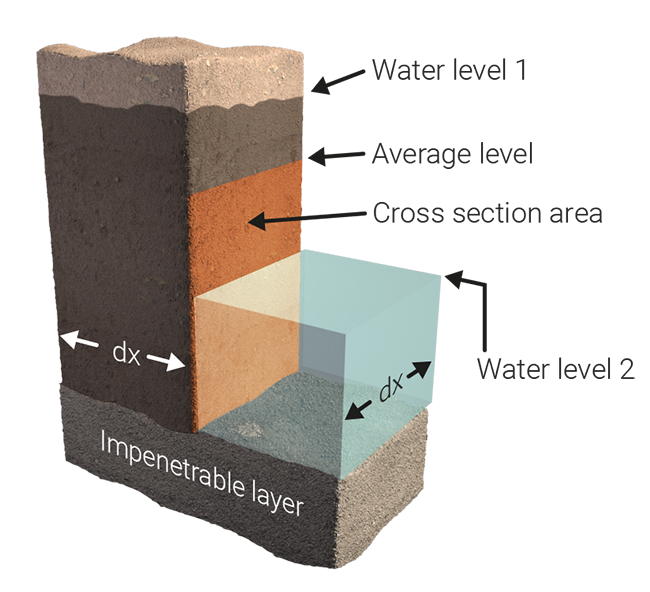 Note that seepage can also be negative, allowing water to seep out of the project area to lower regions elsewhere.

Drainages provide connections between the underground and nearby waterways, draining groundwater to levels which are optimal for agriculture. Drainage can be passive, where water drains based on water head differences, or active, where the water is pumped from the drain to the nearby waterway. Additionally, the datum height below ground and the overflow height in the waterway can be configured.

The following topics are related to this models.